IHI has completed two of the largest LNG storage tanks in India at Kochi LNG Terminal in the State of Kerala for Petronet LNG Limited (PLL). The two tanks which were awarded in 2008 each have a net capacity of 155,000 m3.

Demand for LNG is constantly growing worldwide, and in India it is no exception. India already has an LNG receiving capacity of 15 Million Metric Ton Per Annum (MMTPA), and 10MMTPA will be added soon, but it will still not be enough to meet the demand, so projects to add further capacity of 30MMTPA are being planned.

IHI has built more LNG receiving terminals and storage tanks than anyone else. Since contructing the first LNG receiving terminal and storage tank in Japan, IHI’s expertise has expanded globally to include ventures in India, Qatar, China, Taiwan, USA, and Mexico. Indian LNG sector has large potential and likely to be major market for IHI where it is determined to further expand its business supported by its rich experience. 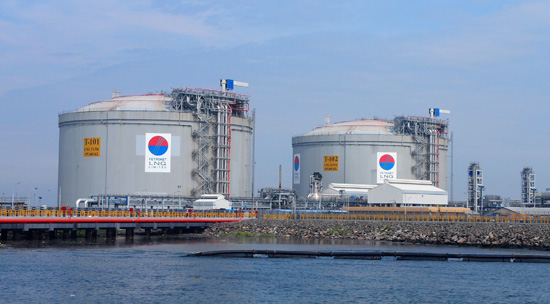