IHI Brings 160 Years of Experience in Comprehensive Engineering to Indonesia

Through PTCF, IHI Corporation has brought its advanced welding technology to Indonesia, providing products with the highest standard of quality marketed in Asia, Europe, Africa and the U.S. Engineering specialists from IHI Headquarters have been dispatched to Cilegon to pass down their technological knowhow; today, Cilegon’s engineering is valued by even the most demanding Japanese clients.

PTCF is an instrumental production base in IHI’s overall strategy. Recently, IHI invested approximately US$10 million to develop a new line to produce tubing panels for boiler furnace walls with an aim to bring PTCF’s share of boiler production to 40% from the current 20% of IHI’s global output by 2014.

IHI recognizes the rich potential of Indonesia, particularly its ample natural resources and a strong market profile, including attractive demographics, favorable investment climate and strong local demand. IHI regards Indonesia as one of the main targets of its future business expansion plans and at the same time, is looking to contribute to the country’s development, particularly in the infrastructure, power plant, and industrial machinery sectors.

IHI approaches its business as a long term commitment and aims to not only develop in order to contribute to business, but also to provide work to its employees for the coming years. PTCF can pride itself with providing a good working environment for its employees, which is also reflected in the low turnover rate of around 1%.

Currently, PTCF has a workforce of more than 850 employees, a majority of which is of Cilegon origin/domicile, with the rest coming from Java or even outside Java. Aside from developing the skills of its employees through in-house training programs, PTCF encourages its employees to compete at an international level through an annual skills competition for the company’s main activities, which are engineering, cutting/fit-up and welding. Since 2008, winners are to compete on a global scale by taking part in the competition held by Aioi Factory in Japan. 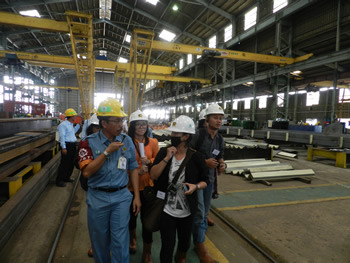 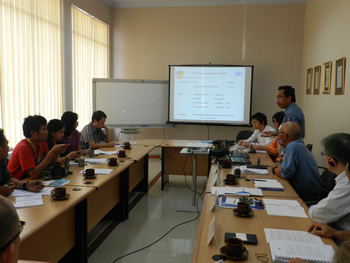