IHI has been awarded an EPC (Engineering, Procurement and Construction) contract to construct two (2) of India’s Largest LNG Storage Tanks at Dahej LNG Terminal in State of Gujarat, by Petronet LNG Limited (PLL). The two tanks will each have a net storage capacity of 170,000m3. The construction is scheduled to be completed in 2016.

Demand for LNG is constantly growing worldwide, with India playing a major role in the total increase in LNG demands. Plans for several LNG terminals are currently under development in India to fulfill the vast demand of energy.

As a pioneer in the LNG business, IHI has over 130 construction experience worldwide in LNG storage tanks projects, since it constructed the first LNG storage tank in Japan. For further contribution to the global energy supplies, IHI will keep expanding its incomparable achievement under the growing demand for LNG. 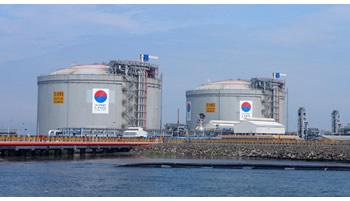