IHI Corporation (hereinafter called “IHI”) received an order for two “IHI-SPB” LNG tanks to be installed in the Floating LNG Storage & Regasification Unit (FSRU) from Wison Group of Shanghai, China (hereinafter called “Wison”) who is known as the largest private EPC contractor in China. These two tanks will be fabricated at the IHI’s Aichi Works and delivered at Wison’s Nantong shipyard in the second half of 2015.

The storage capacity of the two tanks is 25,000m3 (12,500m3 per one tank x 2 tanks), and tanks are installed into the FSRU for which Wison already received order from the Joint Venture of Exmar BV in Belgium and Pacific Rubiales Energy, Ltd. of Colombia.

“IHI-SPB” (Self-supporting, Prismatic Shape, IMO type B) is Japanese own technology developed by IHI Group while the competing technologies used for LNG floaters including LNG carriers by Japanese and Korean shipyards are imported from Europe (Norwegian Moss technology and French Membrane technology). “IHI-SPB” has unique features of “No Sloshing” which enables any level loading of LNG inside the tank at offshore, “Flat upper deck” which enables installation of the topside plants on upper deck, “Less and Easy Maintenance”, etc. and is most suited to use in the LNG floaters including FLNG and FSRU required to stay offshore and operate safely for long years without dry docking.

IHI has introduced the automated aluminum fabrication facility which is used for SPB tank construction at its own Aichi Works and is ready to undertake increased demand for SPB tanks to come in the near future. 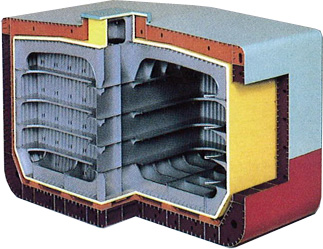 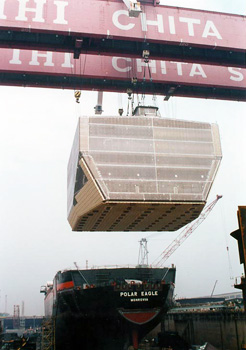 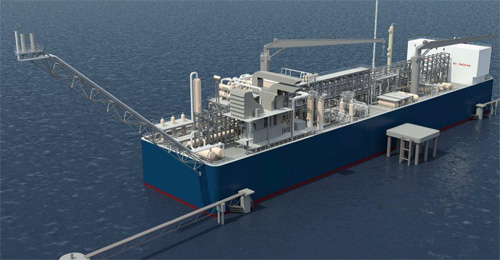