IHI Corporation announced today that subsidiary IHI Aerospace Co., Ltd., has received an order from Mitsubishi Electric Corporation to develop and manufacture a propulsion system for the Martian Moons eXploration (MMX) probe. The MMX mission is a Japan Aerospace Exploration Agency (JAXA) initiative. It will explore Mars moons Phobos and Deimos and bring back the first samples from Phobos. The launch is scheduled for 2024.

The probe will comprise propulsion, exploration, and return modules. The propulsion system’s propulsion and return modules will accelerate and decelerate to enter the desired orbit and control attitude. The system will encompass a 500N-class hydrazine and oxidizer rocket engine, 20 22N-class attitude control thrusters, and liquid propellant tanks.

Satellite propulsion systems must deliver a high specific impulse without compromising lightness  and remain very reliable under hostile conditions throughout long missions. The order underpinned recognition of IHI Aerospace’s solid track record in propulsion systems for Japanese and foreign satellites. One notable order was for Kounotori (HTV), a cargo spacecraft that resupplies the International Space Station.

Beyond the propulsion system, IHI Aerospace is helping the JAXA develop the forward heat-shield, separation mechanism, and the parachute extension mechanism for the sample return capsule. Meisei Electric Co., Ltd., another IHI subsidiary, is working on the telephoto and wide-angle spectroscopic cameras, planetary radiation environment monitors, and other observation equipment.

The IHI Group will continue contributing to this mission by leveraging the wide-ranging expertise of its space development businesses. 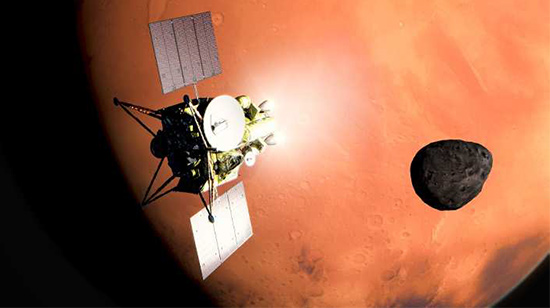