IHI Corporation announced today that a 2,000-kilowatt-class gas turbine at its Yokohama Works will begin co-firing tests on October 26 to employ blue ammonia as a fuel. This initiative will be a world first with gas turbines. IHI is collaborating with a program that the Institute of Energy Economics, Japan, and the Saudi Aramco Oil Company are undertaking to demonstrate the feasibility of the blue ammonia supply chain (see note 1).

This ammonia is called “blue” as it is carbon-neutral. That is because the process for producing ammonia from natural gas entails capturing carbon dioxide emissions using them for enhanced oil recovery and for carbon capture, utilization, and storage.

IHI is undertaking research and development to improve ammonia co-firing technology for gas turbines and coal-fired burners. This is under a project that Japan’s New Energy and Industrial Technology Development Organization (see note 2) commissioned to develop and commercialize advanced thermal power technologies and conduct advanced research into ammonia co-firing technology for such facilities. This project aims to raise the ammonia co-firing ratio to more than 50% on a calorific value basis. IHI is also employing blue ammonia in co-firing tests with pulverized coal at a large-capacity combustion test facility within its Aioi Works in Hyogo Prefecture. This is incidentally the world’s first blue ammonia and coal co-firing test.

The key benefit of ammonia is that it can directly fuel power generation and other combustion facilities and help reduce greenhouse gas emissions in the process. Ammonia is a ubiquitous component of fertilizers and industrial raw materials. It is easy to tap because there are no technical challenges with the supply infrastructure.

Such testing is important because it brings together fuel producers and users in shared efforts to cut carbon dioxide emissions. IHI will keep developing technologies that leverage ammonia as an energy source that helps materialize a cleaner world. 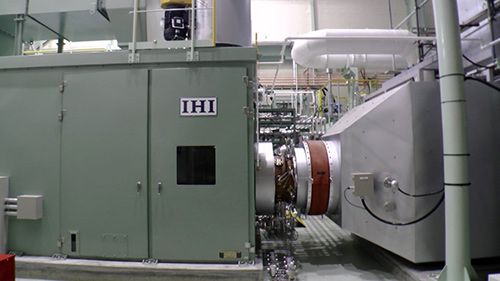 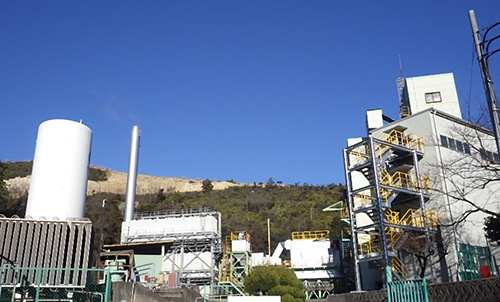