IHI Corporation announced today it has raised the liquid ammonia co-firing ratio on a 2,000-kilowatt-class gas turbine to a 70% on a calorific basis. The technology for this advance makes it possible to spray liquid ammonia directly into the combustor for mixing with natural gas while constraining nitrogen oxide emissions. This advance is the fruit of a project that Japan’s New Energy and Industrial Technology Development Organization (see note 1) commissioned to develop and commercialize advanced thermal power technologies and conduct advanced research into ammonia co-firing technology for such facilities.

IHI has attained 100% liquid ammonia-fueled firing with this technology on a limited basis. It aims to overcome operational stability challenges and suppress nitrogen oxide and other harmful components in emissions with a view to commercializing a fully ammonia-fired gas turbine by 2025.

Ammonia offers two vital benefits. It is free of carbon dioxide emissions and offers considerable potential as an energy source for tomorrow’s zero-carbon power systems. It is also a common raw material for fertilizers and chemicals, so a solid supply infrastructure is already in place. Ammonia’s broad adoption as an energy source should accordingly be rapid.

IHI’s progress with ammonia stems from ongoing endeavors over the past few years. In March 2018, the company demonstrated a technology for 20% ammonia co-firing on a 2,000-kilowatt-class gas turbine while suppressing nitrogen oxide emissions. Raising the ammonia co-firing rate further would naturally cut carbon dioxide emissions. The challenge, however, was that enlarging evaporators, control valves, and other peripheral equipment to increase gaseous ammonia injections into turbines would raise facilities costs.

IHI thus teamed up with Professor Hideaki Kobayashi of Tohoku University and Japan’s National Institute of Advanced Industrial Science and Technology in a project for the New Energy and Industrial Technology Development Organization, creating a technology in May 2019 to spray liquid ammonia directly into combustors. That approach eliminated the need for expenditure on ammonia vaporizing and related peripheral equipment and enhanced controllability.

Ammonia burns slower than natural gas, making it difficult to stabilize combustion. Another stability impediment is the high latent heat of vaporization (see note 2) of liquid ammonia, which causes temperatures inside combustors to plunge. Under the project, IHI drew on its aero engine development expertise to improve the combustor and develop a liquid ammonia and natural gas co-firing technology. The company employed the technology on a 2,000-kilowatt-class gas turbine, undertaking development tests from October 2020 that culminated in the 70% liquid ammonia co-firing ratio and commensurately constrained nitrogen oxide emissions.

IHI is building a supply network for green ammonia (see note 3) and blue ammonia (see note 4). This is because the company recognizes the need to secure sufficient amounts of affordable ammonia for fuel as part of efforts to make its entire supply chain carbon neutral and help to swiftly materialize a zero-carbon, circular economy. 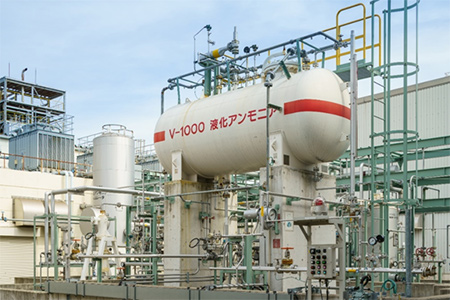 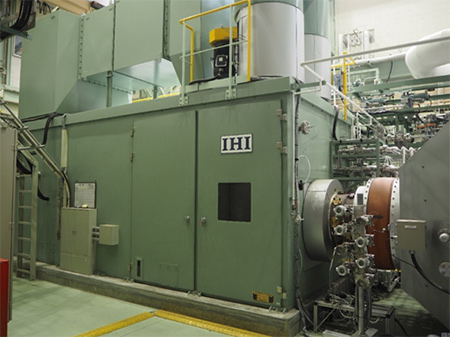 May 24, 2021
JERA and IHI to Start a Demonstration Project Related to Ammonia Co-firing at a Large-Scale Commercial Coal-Fired Power Plant
https://www.ihi.co.jp/en/all_news/2021/resources_energy_environment/1197406_3360.html